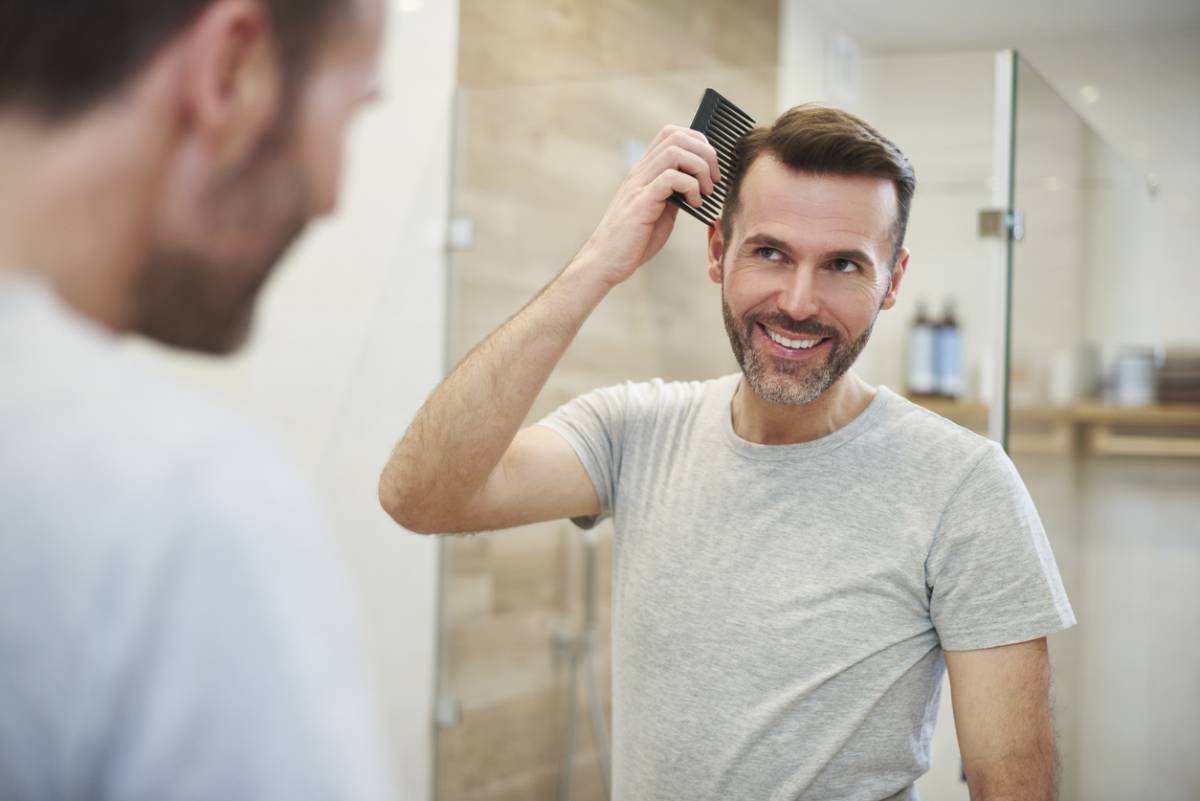 If you’re considering having a hair transplant in Houston, then you probably have a lot of questions about the process. One of the most common questions revolves around the number of hair grafts required to restore your hair to its former glory. Unfortunately, it isn’t easy to give a precise number, as your doctor carefully personalizes each case.

How Many Hair Grafts Will I Need?

Depending on the natural thickness of your hair and the extent of your hair loss, the number of necessary grafts could range from a few hundred to several thousand per balding region. For patients with male pattern baldness, it is relatively easy to assess the ballpark number using the Norwood scale. However, if you have balding spots caused by other conditions, then the number of hair grafts is harder to predict without going to a professional because other conditions do not follow predictable stages.

What Is the Norwood Scale?

What we now call the Norwood scale was first introduced in the 1950s. It was later revised in the 1970s by O’Tar Norwood initiating the name change. What the Norwood scale does is categorize the specific stages that occur during normal male pattern baldness. The steps range from 1 to 7 with the first stage being the earliest with minimal signs of hair loss and the last stage being complete hair loss over the entire top of the head.

There are some variations to the Norwood scale indicated by an “a” following the stage number. However, these variations are minimal and mostly refer to the shape of the balding pattern at the front of the head. Otherwise male pattern baldness is quite predictable, so you can generally know the rough number of grafts required based on your current stage as described by the Norwood scale. Just keep in mind that there is still a range of possibility depending on the thickness of your natural hair.

Looking at the Numbers

Here are the estimated numbers of hair grafts needed depending on the stage of male pattern baldness.

Widow’s peaks may be slightly more exaggerated, but there’s no obvious hair loss. Typically, patients with stage one male pattern baldness do not require hair grafts. With that being said, you should meet with a doctor that specializes in restoring hair growth in Houston because your hair loss will advance without intervention.

Widow’s peaks are noticeably exaggerated. You will generally have lost about half an inch to an inch of hair at those peaks. Patients with stage 2a hair loss will experience a more complete receding hairline with less obvious peaks. In these cases, you will need between 500 and 800 grafts to restore your hairline.

This is just a more extreme version of stage 2. There are no other areas that are balding at this time. There is also a stage 3a, which also features some extra hair loss at the center of the hairline. This can give a slightly stronger impression of hair loss. However, you typically still only need 500 to 800 grafts to restore your hairline at this stage.

At stage five, the line of hair separating the two major balding areas is thin indeed. You typically need around 2,000 grafts on the front with another 1,500 grafts at the crown of the head.

Stage six patients no longer have hair separating the two balding areas; however, the top of the head is not completely bald. Part of the crown still remains, but the circle of baldness will continue to widen. The front alone could require up to 2,500 grafts, while the crown could need up to 1,700 grafts. People with very fine hair may need even more.

At this point, only the sides and back of the head grow hair. Stage seven patients require about the same number of grafts as stage six patients, but it will depend on the thickness of your natural hair at the end of the day.

Scroll back to top